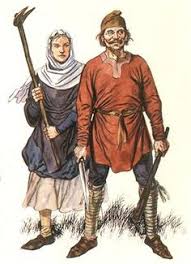 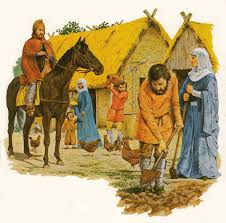 So let me take you on a journey back in time to before 1066 and the Norman conquest. The notion of England, “Eng” meaning Anglo-Saxon “Angleland”, was a relatively new concept and have been in existence for barely 100 years. Historically the first King to rule over what we call England now was Athelstan, the grandson of Alfred the Great in the 960’s. During the next 100 years, England was ruled by both the English kings such as Edmund Ironside and Edward the Confessor there were times in which the Viking Invaders had the upper hand and ruled England, for example, Canute, and Harthacnut.

So why is a blog about the law spending so much time on Anglo-Saxon history? Both the English and Viking kings of England ruled the country with the support of the Witan, which was a council of earls, lords, bishops and archbishops. All the kings who were anointed as kings of England.

They promised that they would uphold common customs and law as it was in the coronation oath. So in this sense, there was a bargain between the English people’s and they’re king that they would maintain the status quo. The origins of the Common Law, the law that was common to the whole country, came from the customs and practice of the English speaking people’s.

Murder is still a common law offence to this very day.

All power stemmed from the feudal system which was as follows;

Society at this time existed around the need for food and security, those who were strong provided protection to the serfs who received some land for themselves to grow food and in return worked their lords land as well. In return, they got security from their lord.

Over time groups grew, minor lords supported earls and the strongest earls became Kings. Can you see that there is a social contract between the ruled and the rulers?

You can see how the strong became wealthy and the weak became dependent and vulnerable to exploitation.

Local disputes were dealt with by the Lord using the jury system.

The jury system evolved out of who was more popular in the small local community. Someone accused of a crime would get his friends family and neighbours to swear that he was in the right. Those prepared to swear on behalf of the accused became known as a jury. The accuser would do the same they would get as many people as he could to support them. What you’ve got to remember is there was no Forensics or any weighing the evidence, guilt was largely determined based on popularity in the local community. Small communities knew who was trustworthy, so the system was not totally arbitrary.

Originally the country was divided up into small kingdoms such as Wessex, Kent, East Anglia, Mercia and Northumbria. Each kingdom had counties divided into shires and each shire into hundreds. The term hundred directly relates to the size of the area that could raise a hundred fighting men for the King who would summon them to support him in time of war. 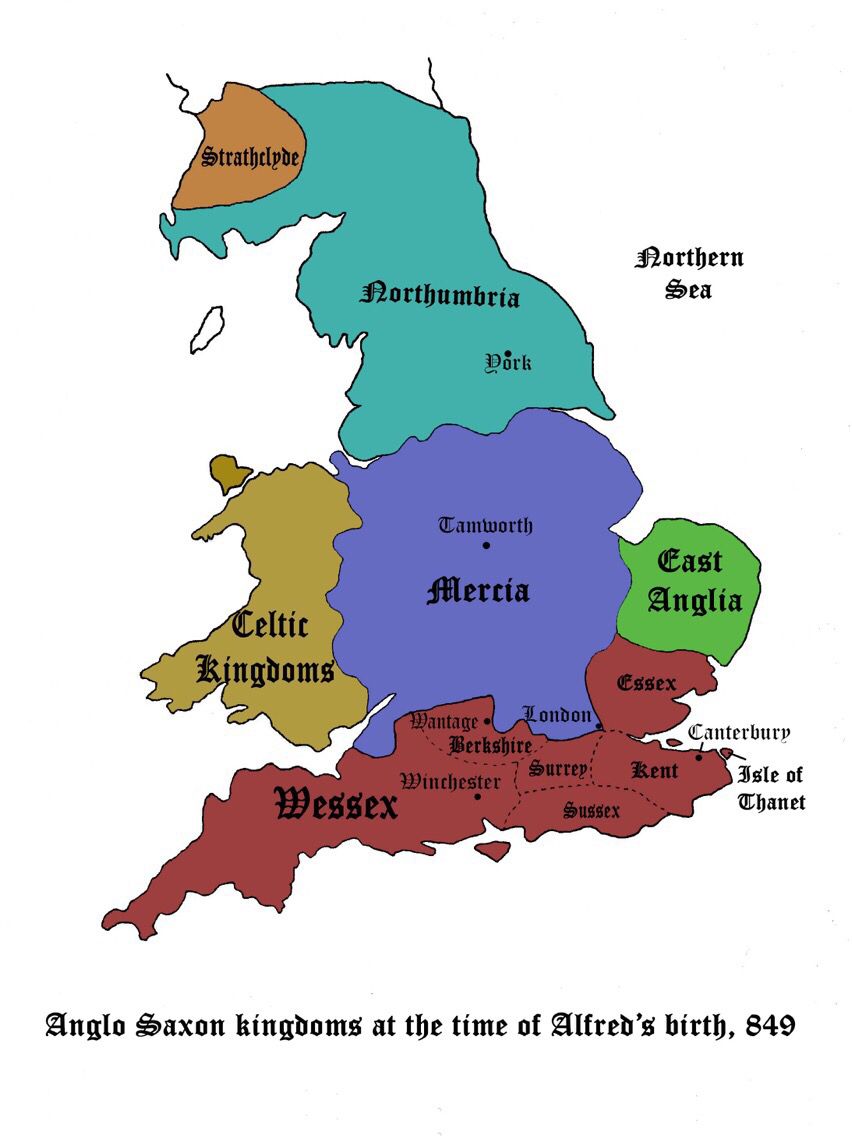 Land and rights related to land were so important because this is what generated wealth and income and power.

The great lords could afford to have housecarls a private professional small army.

Local rights were recorded by the only people who could write the local priests and clerics who themselves held land and gained wealth by gifts of land from lords and kings.

Laws developed through custom and practise, and cooperation, for example, the right to fish a certain river, the right to take wood from certain land or mine copper on a certain area. All these rights were recorded either verbally through collective memory or by the local clergy in a written deed.

All Kings knew that to hold the country and generate wealth they needed stability and peasants working the land it was the king’s job not to make new law but preserve the customs and common laws of the country as a whole.

The king own private army was very small he needed the support of the people to govern, collect taxes and maintain power.

Complying with local and national custom helped maintain support and this was equally true of the Viking and Saxon kings of England before 1066.

To summarise the common law source of law derives from what was accepted as such, the ownership of land, the rights over land and local custom were mainly not recorded in writing but were part of the collective verbal memory of the community. The king ruled a feudal society with the consent of the witan and the support of the feudal lords and common people. This is a social contract between the ruled and the ruler.

Disputes were resolved mainly through the jury system…

Peasants had rights to land and other resources such as common land grazing of pigs in the local woods and collecting firewood in the area in exchange for their labour.

The country was organised into counties, shires and hundreds. The system was robust with the support of the people who could be called upon to fight. The two pillars of society was the State and the church.

  New note, this blog is about making the law accessible in a more user-friendly way. Just a little about my background, I have a law degree which I gained in 1995, I am a barrister and I'm no longer practising law, I have had to retire because of ill health. As a lawyer, I specialised in employment law advising both companies and individuals about employment law. I have a PGCE from Edgehill University which I gained recently. Before 1995 I was a Policeman in Liverpool during the 80's and 90's, yep I am old. Other than that I have worked as head of employment law at several regional Solicitors, I have represented both employees and employers at approximately 1000 Tribunal cases since 1997. I've written a book which is available on Amazon which explains How to Make a Claim in the Employment Tribunal and the process and Tactics when doing so. The book is called how to make a claim at the Employment Tribunal, I am in the process of writing a second book explaining employees rights and how to enforce those rights at the Employment Tribunal.  The blog will not just be about employment law, it will be about discussing and explaining what an individual's rights are against the state and how to enforce those rights; In addition, I will deal with other remedies such as making complaints to an ombudsman, the organisation or any quango set up to deal with complaints. This blog should be useful to those studying law, criminology. I will be going back to take a historical perspective on how things are the way they are. I think it helps to understand the vagaries of our Legal and Government system. I don't want the blog to be a series of lectures like I'm some sort of know it all. So I would welcome comment and criticism from anyone. I am a liberal, I am white, and I am middle class. I was working class, I do know what poverty is, my Dad was unable to work and died when I was 13.  I recall queuing up to get free school dinners, school uniforms from the state and having to wear school clothes and shoes when the school was on holidays. I do have some disabilities but inevitably my views will be a product of my socialisation. I, therefore, may unintentionally display gender bias, racial bias or a lack of sensitivity to a minority group in our Society. I will, however, endeavour two correct any prejudice, or false perceptions if feedback suggests I need to do so. In other words, I want the blog to be inclusive, and informative.  I will draw pictures, use photographs video, do animations, mind mapping, conduct surveys, write articles or notes in order to communicate my message. My mission statement is very simple I am concerned that Society is becoming more authoritarian,  undemocratic and intolerant of opposition, criticism or protest. I think this is apparent in our legislation, are policing, and the way the state monitors us. I will know doubt ramble, but I will tell stories give examples and try to explain some of the complexity of the society we live in, anyway I would be grateful for any feedback please comment as you see fit if you hate it say so. Positive feedback is also useful. My sources for material for this blog will be from the internet, together with all my experience as a lawyer and retired police officer. Tony Hughes   View all posts by Tony Hughes